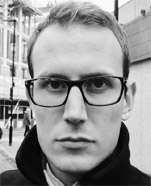 Acclaimed documentary maker James Jones explores one of the most controversial and divisive issues in modern America. Last year young black men were nine times more likely than other Americans to be killed by police officers. James Jones has just spent six months in the South making a feature-length film for the BBC following the murder trial of a white police officer who killed an unarmed black teenager. He found a country more racially divided than it has been for decades and a justice system so distorted by the toxic legacy of race that it seemed in danger of collapse.