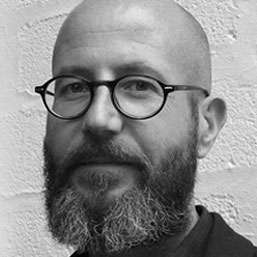 Ru and Claire Callender are ceremonial undertakers, who started The Green Funeral Company, covering Devon and Cornwall in 1999. Ru and Claire became undertakers, (they prefer the term to ‘Funeral Directors’ with its implied etiquette and control) after hearing about The Natural Death Centre charity, an organisation that sprung from the counterculture. Their training mainly consisted of reading The Natural Death Handbook and being influenced personally by punk, acid house and crop circles. They have run The Green Funeral Company for the past 17 years

They have been together for 15 years. They have been married for 13. They also envisioned and helped create Sharpham Meadow Natural Burial Ground in Totnes. Ru and Claire have been described as ‘alternative’ funeral directors, and it is true that they are the opposite of the mainstream funeral world, which they feel is often highly corporate, patriarchal and resistant to innovation. They will give us insight into radical funerals and the need for honesty, appropriateness and participation.