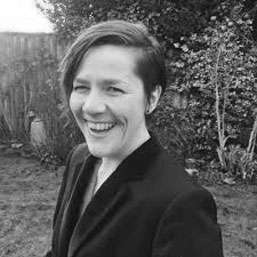 Annie’s new book The Greedy Queen: eating with Victoria is a culinary biography of a very well known monarch. Writing it was great fun, but also at times rather eye-opening. Not much had been written about Victoria and food and nearly all that had been turned out to be dubious. Myths abound in food history, from the obviously wrong ‘no-one drank the water in the past’, to the more insidious ‘Victorian food was stodgy and boring’. This talk concentrates on Victoria-related myths, the reasons why they arose and the evidence to counteract them, while at the same time giving us a new perspective on a Queen who really did love her food. Food historian Annie Gray is a writer, broadcaster and consultant. She’s the resident food historian on BBC Radio 4’s The Kitchen Cabinet, and presented BBC 2’s Victorian Bakers and The Sweetmakers, both living history documentaries exploring social history through food.

Her first book, The Greedy Queen: eating with Victoria is an intimate portrait of one of Britain’s best known monarchs, and had been called a culinary biography, the story of a woman, her stomach and all the edible wares of Victorian Britain. It covers her eating habits, her relationship with food, her meals and menus, as well as detailing changing food fashions, and going below stairs to look at the people and places associated with cooking.